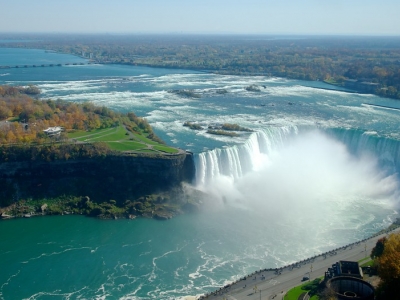 Canada, bordering the north of the USA, is the world’s second largest country. As a former French, and later British colony, Canada is influenced by these two cultures and retains the Queen of England as the head of state. Canada comprises ten provinces and three territories, it is highly developed and industrialized, generating wealth from its many natural resources.

Canada as an Offshore Destination

Canada is a strong offshore destination since it allows business to be done quickly and above all very simply. It benefits from its excellent reputation (the best along with Hong Kong), powerful banks and flexible legislation. The country also offers its companies the ability to sell products into the United States through several treaties established with its neighbour. Only two Canadian provinces offer the offshore tax rate of 5%.

Canada is a new player in the world of offshore companies with some provinces, including Quebec, offering low tax companies. Canada is the most preferable destination for compliant tax planning since it has no negative offshore reputation and no association with tax avoidance or evasion. It is by far one of the best neutral jurisdictions, providing offshore benefits without any of the traditional offshore drawbacks.

The formation of a Canadian company can be accomplished by a notary or a lawyer, and takes around five days.

Following the 2008 crisis, Canada implemented economic recovery and foreign trade recovery plans. Thanks to consumers’ renewed confidence in the market, growth resumed in the country and was estimated at 3.3% in 2014. The Canadian Government wants to restructure its health and retirement systems.

The country has a primarily tertiary economy (more than 60%), benefiting from the dynamism of services, particularly in telecommunications, internet, tourism and aerospace. Industry is also strong in several sectors: renewable energy, forestry, hydrogen and fuel cells, metals and minerals (nickel, zinc, uranium), fishing and, finally, oil and gas.

The manufacturing sector accounts for one-third of the GDP. Canadian agriculture employs less than 2% of the active population but makes Canada one of the largest agricultural exporters in the world; it produces 10% of the world’s GMOs.

60% of Canada’s GDP depends on trade, making it a very outward-looking region. 80% of its exports are destined for the United States, its nearest neighbour, with which Canada mainly trades in energy (oil, gas, uranium and electricity). The European Union, China, and Mexico are its other main partners.

Canada has a low tax rate and social contributions are very low compared with those of other developed countries. Canadian companies enjoy greater tax incentives than in the United States.

Canada is a member of the World Trade Organization and the OECD, signatory of the Kyoto Protocol, the Washington Convention, the Basel Convention and the Montreal Protocol. The country is part of NAFTA, the NACC, OAS, the Commonwealth and APEC.

The country’s imports are regulated by the Canada Customs Act which means that the vast majority of goods do not require any approval under Canada’s highly liberalised trading system. Some terms, referred to as tariff quotas, still apply to wheat, barley, cheese and beef. Quotas may be obtained by applying for a General Import Licence from the Directorate of Import Control of the Ministry of International Trade. The customs tariff is 4.8%.

Due to Canada’s size many companies have established multiple warehouse and relay zones throughout the country. American brands like Costco, Wal-mart or Home Depot have radically changed Canadian distribution. Sobey and Loblaw are present in the food sector.

In Canada, road transport is very influential and accounts for 50% of all freight. The country’s largest port is located in Vancouver; one of the five largest ports in North America. Altogether, around 70 million tonnes of goods pass through Canadian ports each year.

The production of goods and services in the country is very varied and depends on the provinces :